The Magic of Hiking in Colorado 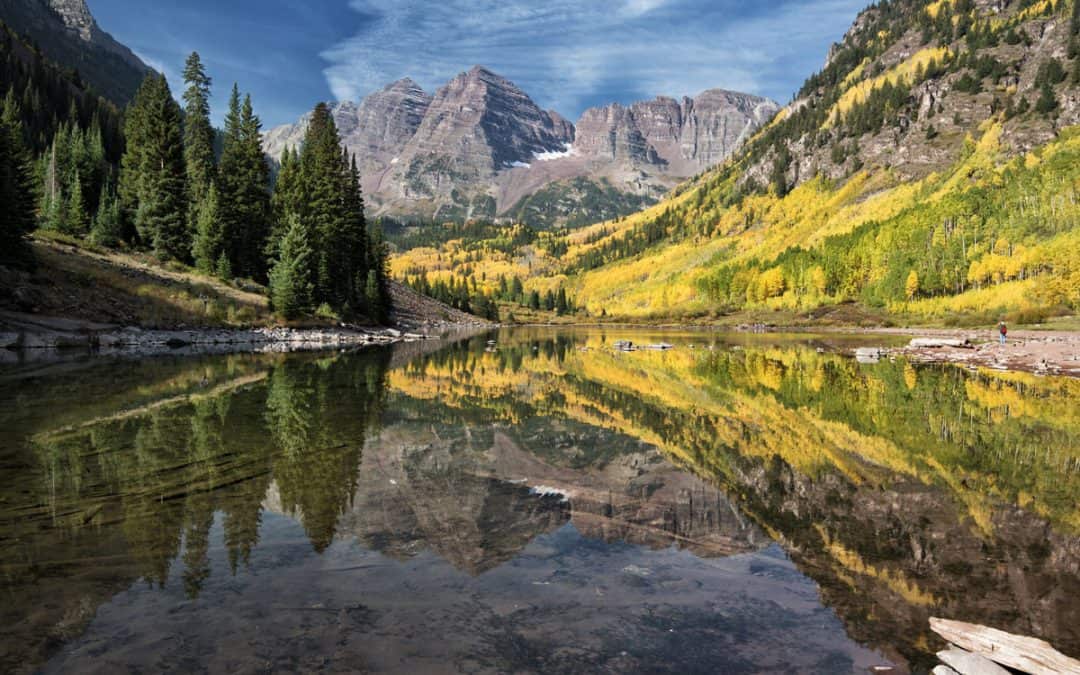 Colorado! The word conjures images of rugged peaks, cascading mountain streams, and crystal clear alpine lakes. Indeed, the state’s middle section lives up to those expectations, but the state as a whole offers so much more. Colorado’s western canyon country carved by raging torrents, is rich in dinosaur graveyards and the artifacts and ruins of Ancestral Puebloan and Fremont Indians, all well worth exploring.The Eastern Plains, long thought too flat to be scenic, have plenty of natural and delightful hiking trails. Buttes rise above the plains, providing a haven for hawks and falcons, while southeastern canyons cache signs of ancient inhabitants including American Indian petroglyphs and North America’s largest known dinosaur trackside.

About 355 million years ago, Colorado sat near the equator. Little crustaceans in shallow seas died and were compressed into limestone.The Ancestral Rockies were uplifted from the seas and formed part of the supercontinent Pangaea. As time progressed the mountains eroded, and coastal dunes became today’s magnificent sandstone cliffs.The present Rocky Mountains were uplifted starting 70 million years ago. Volcanic activity 25 million years ago created plateaus and several mountain ranges.Then, 25 million to 5 million years ago, the entire region began to rise 5,000 feet to its present elevation. Ice ages took hold of Colorado (by that time located north of the equator around the thirty ninth parallel), and from 1.8 million to 12,000 years ago, glaciers carved the magnificent craggy peaks and U-shaped valleys we see today.

Human history in Colorado started with hunter-gatherers, followed by the Ancestral Puebloan culture that, from 500 BC to AD 1300, farmed then built pueblos and magnificent cliff dwellings in the southwest corner of the state. After AD 1300, other Native Americans moved into the Eastern Plains and mountain valleys. Spanish explorers arrived in the late 1500s, followed by trappers and traders.The gold rush of 1859 was perhaps the most significant event in the state’s history, bringing settlers, fortune seekers. and improved transportation.The railroad companies performed engineering miracles to conquer impassable mountains, hastening both the transportation of ore and the states development. Later, equally impressive roads were built for the automobile.

Today these roads provide us with relatively easy travel to hiking trails. Hiking is one of the best ways to explore Colorado.The information in this site is a sample of what hiking in Colorado offers with its beautiful and varied terrain, its fascinating geology, flora and fauna, and human history. Honorable Mention hikes are included to give the hiker more options in a particular region. Hikes range from easy to strenuous, from a l-mile loop around a waterfowl-filled lake to overnight backpacking trips. We will include some classic trails as well as several new ones. We especially tried to find trails in lesser-known and quieter areas. Because wilderness areas closest to Front Range metro areas are being “loved to death” and opportunities for solitude have greatly decreased, we will avoid including trails in those areas.

Please realize that frail locations and conditions, roads and signage are subject to change over time.Trail mileage is as much an art as a science, even for land managers. Finding accurate historical information is sometimes interesting when different guides contain conflicting information!